Backyard Chickens are simple fun and teach the family about food.  We have talked and joked about backyard chickens since we bought our first house. Researching the laws about keeping a flock at our old house, we ran into issues. The house was two streets too close to the city, so we joked about wild chickens that just happened to live in our yard. Part of the reason for our move was living in an area where we could do what we wanted. With the mountain house, we have more space than needed and no neighbors to annoy so we decided to go for it.

On our third day in the house, I went by a farm on the other side of town and brought home a mix of 17 baby chicks that were around 10 days old. Way more than the four allowed in the city, but we like diving into the projects. I won’t pretend to know everything there is about backyard chickens, I’ve had them for six weeks now. I’ll share some of the things we learned and maybe it will help others take the plunge.

The chickens grow incredibly fast. I built nesting boxes and runs with extra room based on their current size and a bit of growth. The chickens outgrew these designs within two weeks. Plan on them at least doubling in size in that first month. 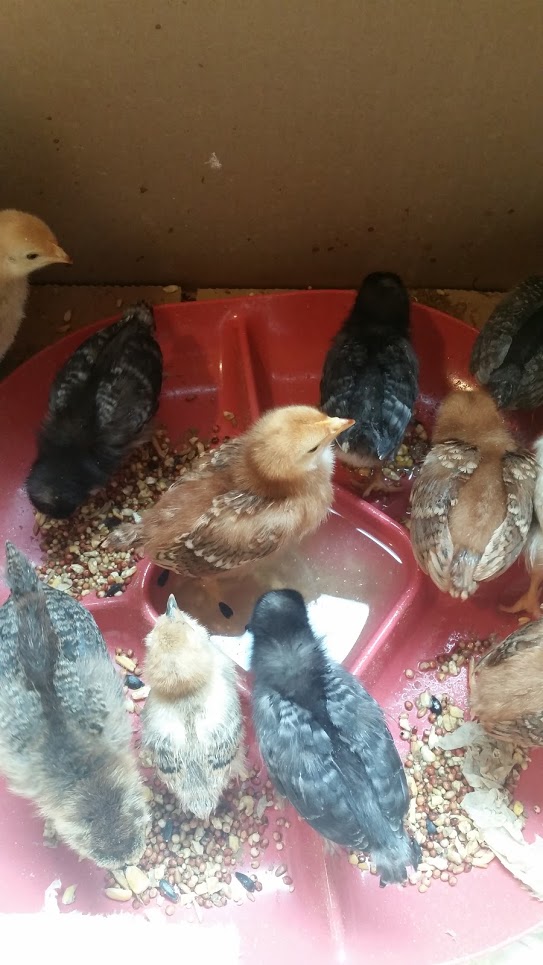 The chickens will act starving whenever you come near due to associating you with food.  We kept feeding them each time and then realized they had a weeks worth of food under the straw by the containers. We uncovered the straw and they started foraging. 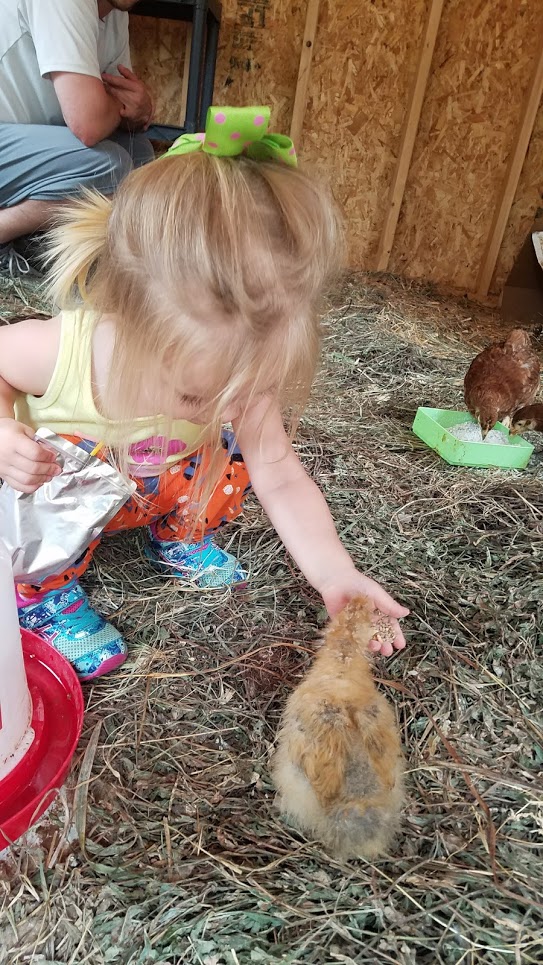 The chickens are entertaining to watch. The range of personalities surprised us. Some chickens are scared and barely leave the coop, others run around hunting in packs.  A tiny silkie follows us around for food and one of the australorps enjoys flying on your back if your crouched down.

We converted a shed that was already on the property into a coop. The two small windows open up to keep a slight breeze. The entrance is fenced off to leave room for feed storage and giving us space without standing in the coop. We let the chickens start roaming at the five week old mark for a few hours each day. I was still nervous and made sure i worked in the same area. Our dog got used to them and started following the group around in a guard posture. After a week the chickens spent the entire day outside, with us herding them into the coop in the evening. After three days of herding and then feed, the chickens started meeting us at the coop doors.  It is surprising how fast the flock learned a schedule. 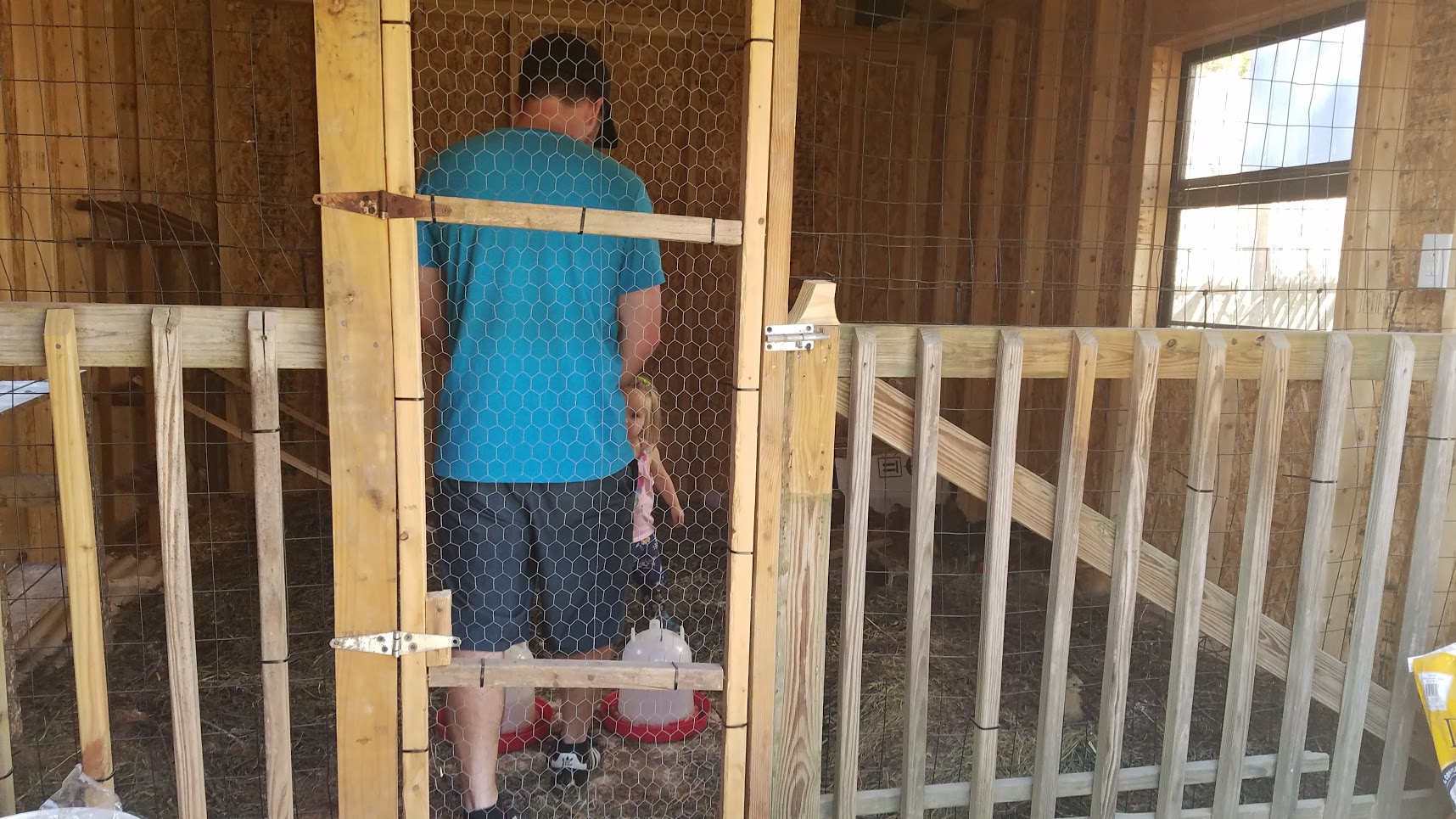 As we learn more about the chickens and continue expanding the group, we will add more pictures. The diversity in the flock is a nice perk. Each breed is growing at different rates and seem to have unique temperaments.  Check out below for a long list of chicken pictures.  If you want to read about more of the Homesteading projects, click here to return to the list.